When you change for the better even a little the world changes drastically for you, so be ready to face them and embrace with joy.

Born in 1982 I belong to the 80’s generation. We have seen breathtaking transformations in our life and lifestyle. We all have forgotten how the good old days used to be. We have become accustomed to the new innovations made possible by new technologies. Being from Tuticorin, Tamil Nadu, India I recount the transformation from my eyes and how it hit me.

Our generation crowded on the playgrounds or streets with cricket bats instead of sitting before the television. For there wasn’t much on television. There was only the one channel Doordarshan and they telecasted boring national programs. We used to gather to witness the start of broadcasting after being shut down for the day. We all loved the logo with the caption Sathyam. Shivam, Sundaram. Every Friday there would be the telecast of new Tamil film songs titled ‘Oliyum Oliyum.’ Almost everyone watched this with avid interest. There would be Sunday morning ‘Heman’ cartoons, Ramayana, Maha Bharatha. There would be Tamil movies on Sunday evenings and the streets would be devoid of traffic as people would be watching the movies. Chitrahar, Rangoli, Ek se badkar ek, Surabhi, Tehkikat are some of the popular programs. On sunday afternoons they telecasted regional feature films. I still remember seeing Adoor Gopalakrishnan’s Ankur as a kid. There was also a telecast of a japanese series Oshin I think.

We went to schools in cycle rickshaws pedalled by the hard working rickshaw uncles. I even remember a horse cart bringing children to schools. Now it is auto rickshaws all around. There used to be several bullock carts traversing the narrow lanes of our hometown. Now we can glimpse them rarely for they have been replaced by tempos and trucks.

Cable came to our town may be when I was in 7th grade but it came to my house probably when I was in 8th grade. An uncle of mine got in to the cable business and only then did my Dad allow cable TV in the house. It was only one channel at the time, the Sun TV, those were the days Pepsi Uma was a craze. Now there are innumerable channels streamed from Dishes fitted in our houses.

My first monochrome PC came to my house when I was in fifth grade. I went to a special course to learn DOS, WordStar, dBase and FoxPro.

When I was in the final year of my college around 2003 there were only two guys in our college who had very clunky, heavy mobiles. Then as we exited college and were on our job search in the metro, Chennai, almost all of us job seekers had a mobile. I remember my first cheap Trium mobile. It helped in the job search and to be in touch with home from the metro. Now we can’t imagine a world without mobile. How to meet, how to coordinate, oh, we would be lost without our mobiles. Those days incoming will also cost you and the woes of roaming costs. Far later Reliance came with a big push giving away handsets for one rupee. Oh, the scams, the use and throw mobiles and what not. Now mobiles have transformed our lives.

The dot com bubble burst much later yet the net giants Amazon, Flipkart, Snapdeal etc prodded on delivering almost all our goods to our doorsteps. It was years later when I was in my second job did I go on a shopping spree on the net. The era of social media burst open with Facebook, Twitter and later WhatsApp. Yet I didn’t get in to the bandwagon. Even today I don’t use them much though I have both Facebook and WhatsApp accounts.

It was around that time on the gentle suggestion of my brother I explored the blogging world. After some time I left it idle and went to watching movies streaming on Netflix and Prime Videos. I started reading ebook novels collected from the net. I didn’t touch the blog for well over a year. Now I am not blogging with a vengeance but with a sense of the limited time had here on this planet. I want to do something fruitful, productive and right before the flame is extinguished.

I am near
tearing my hair
running unclothed in the streets
not shouting eureka
for i’ve found nothing
not myself
a needle in this haystack.

My heart spews outrageous thoughts
at the obscene reality
that is me
and this world.

Poetry, art and beauty are tender.
World a splendor. Love is tender.
Not my reality. May be my blunder.
Yet will never cheat, bow low or plunder.

World says truly
life is a struggle
freedom a bubble
we all surrender
you’re no wonder.

I know I am down under
won’t say I don’t need your support.
Yet will never let a lending hand
lead my way.
I would rather drown.

Why such anger
inner frustrations
pointy fingers.
So what, all that counts
is where it flows.

Its rivulets join streams
and the majestic river formed
shall capsize mountains.
Dawn of a new civilization.

I am near
and so are you
let us join hands
to make the dream true.

I touched that has not known touch,
the cold door squeaked to give way,
the doomed room I survey,
dust in my nostril made me lurch;

dirt collected since time unknown,
bad odor got to the skin and bone,
I shrank from the stinking room,
in despair laid down my broom;

to this day I never cursed fate,
that made the ignominious sweeper,
but instead felt truly great,
to clean the world of dirt and despair;

many a valiant tried to clean it,
dirt still got accumulated,
by their efforts stimulated,
I came but lost hope and wit;

there was some evil shapeless,
but this room was hopeless,
got a bent back sweeping all day long,
can feel something deeply wrong;

cold souls dump their waste,
a curse I should taste,
easy to fight an enemy known,
but how to fight the unknown;

fought waste when none liked its taste,
waste is all I am, I shall soon waste,
then someone else shall sweep,
but not a soul will weep. 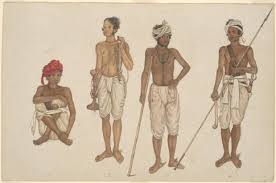