Here are few of my favourite english songs from eagles whose music and lyrics I love most. I know only a handful of english songs. 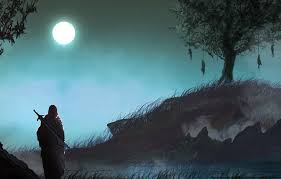 Before the night is over
the world shall kiss my feet,
Drunk on pride, I’ll never be sober,
all pains and sorrows shall beat retreat;

Before the night is over
she should come bowing to me,
beseeching not to be the vengeful lover
I’ll sadistically enjoy it with Glee;

My family, blood relations, friends
shall serve me stooping beneath me,
all dreams true with none that contends
or opposes my anger and cruel decree;

for this is my last night on Earth
towards hell I breathe my last breath.

Where night ends, day begins,
every beginning has an end,
why is it? My love, my friend,
all waste to end in dustbins;

you are all my kith and kin,
beauty, love and affection blend,
my dirtied conscience,
rusted soul you rinse;

your eyelids open just to close,
but then opens freshly again,
in the seas the waves rose,
only to subside without any gain;

your beauty, youth, style and poise,
shall also end much to my strain. 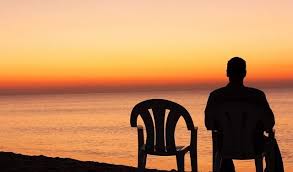 June 3, 2016June 3, 2016 ~ thanisamanyan ~ Leave a comment
What dreams, what thoughts, make a man lonely,
for what, didn’t all, come from the same press only,
or what deeds are that, that make a man lonely,
in truth, is there any one holy, or really lonely;
is it mere melancholy, there’s no such thing as ugly,
why should you talk, when I don’t listen,
why should I be loved by any one,
when I see, only myself truly;
come here, not for me, nor my thoughts,
for am I worthy of you in any way,
yet come, for the times, when you miss
someone, near, dear or far away;
or yet when you feel unvalued
or even desolate and lonely,
for my tunes though unloved,
might just make you see the light.

What weird puzzle to try,
a stone or a heart ran dry,
self possessed, deaf to others’ cry,
in a selfish world thoughts fly;

unheard is the heart’s stammer,
unseen the glow of the new moon,
giggling at the thoughtless murmur,
fun filled invisible shadow at noon;

People hang from the Eiffel,
some tumble from the Everest,
these brave souls baffle,
even morons of least interest;

they tread the trodden,
risky yet with guides and ropes,
crazy paths yet beaten,
they belong to sane corps;

some dare paths less tread,
like Frost, Keats, that others dread,
yet truly crazy bare their chests out,
and pray for a bullet’s shout;

like true adventure worth the bullet is Che’s slack,
a path not white, not grey but brave black. 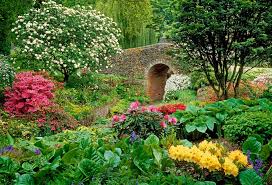 Once we had a nice garden,
flower bushes, fruit trees all around,
everywhere planned greenery surround,
planted by my forefathers then;

in fear of stepping a green someone,
one never walks on the ground,
we children then were astound,
seeing carpet of rose, orange or lemon;

they tamed the wild forest green,
to create the green so mild,
but my brothers and I’ve been,
bent on destroying green world, wild;

now the barren desert seen,
has stolen the smile of my child.

(All poems in the school day’s rhymes were written between the age of 13 and 16 and were meant to be a secret, a secret which later came to light. The following was written at 13 and isn’t exactly a poem, but the guilty confusions of the shy child about its nature and societal values as recorded by the child at that age. In fact poetry to the child was a code language it used to keep its secret safe from the prying eyes of others.)

The childish heart so tame,
the innocence, ignorance became;
a chink when grown to make lame
once bright enough to play life’s game;

broke all rules, none to blame,
then nothing was ever the same,
grew selfish, evil thoughts came,
conscience gone, never feel shame;

too much evil to frankly proclaim,
sinking in the flood like a dame,
even after death, sins too harsh to name,
not in fear of losing, if so, any fame;

the romantic ideas about crime,
to the flesh of my blood the flame,
the morals lost in the flooded stream,
alone, solitude, what pain and flame;

cunning and subconscious team,
to defeat nobility for sinister scheme,
to pull others my kind, kill them, affections gleam,
the motions of mind to actions beam;

till then no harm done, proper all seem,
but after that, its ethic couldn’t justify or redeem,
the irresistible evil sweetness of the cream,
when fed up grew bitter like neem;

cowardice,hypocrisy and villainy stem,
from need for love and devil’s whim,
and available true beauty near him,
bleeding heart is with sins to brim;

strange message, heart more sad, agony’s prime,
felt need to pacify likes of them,
resolved none shall be helpless,
will hedge myself to help them climb.

O ye beautiful rose,
seeing thy charm I froze,
can I never come close,
smelling thy scent I doze;

among flowers more pleasant,
thou reign man’s mind,
thy beauty or beauty thou adorn,
on beautiful beauties thy ascent;

thy heart is never kind,
it makes others torn,
thy skin glows blood red,
the color men dread;

seeing thou gets misled,
not who toils for bread,
does he know thy beauty,
will he hold you in his hands;

you rumpled in rough embrace,
shall be famous for eternity,
he’ll sing your praise in distant lands,
his dirt shall shine your face;

when he tries to hold,
raise your head and chin,
don’t touch, is he told,
by a thorn piercing skin;

you who have a soft petal,
why you have a thorn?
more a curse than a boon,
to nature’s smooth recital;

happy maiden you fair born,
outshine other’s too soon,
sun above and land below,
is all you need to thrive;

with mighty time you mellow,
none surpass till you survive,
when you go buds shall blossom,
finding courage to overcome shyness;

newborns awaken at first light,
go on till they get tiresome,
with all their finesse,
and sleep in peace at night;

the dew over you,
the chill early morn,
when moon bids adieu,
there beauty born;

you lived in all glory,
yet when you fell,
none sheds a tear,
forgotten your story.

Blessed to go blind
ugly, beauty, black and white,
patches from a dark night,
fragrance from memories behind;

outward skin deep difference
is all that they can see,
in a robot world growing cold,
those who see, see in vain;

free from which happy to be,
yet grief pierces as darkness has its hold.