(This is a tamil poem but english paraphrase but not translation is given below. Once my dad wrote a page long poem spending great time and showed me and I after admiring it flipped the page and fastly scribbled these four lines.)

Though the twilight pining red sky is beautiful,

today I lost, the world may decree,

yet I stood conquering the sky with my red hot anger.

The movie ‘Ben Hur’ that got the most oscars and is now tied with ‘Titanic’ for the feat, is a fact well known. In that period movie, a red blur of a Ferrari in the background, seen in the chariot race sequence is also mostly known. It isn’t a big deal, just a minor editing oversight or more aptly a slight miss in continuity verification. There is a popular rumor that actor Kamal Hassan’s ‘Thevar Magan’ didn’t get an Oscar only because it was evident that a doll was used in place of a dead child. First of all, I don’t recall ‘Thevar Magan’ ever being nominated in the ‘Best Foreign Feature Film’ category, which is the only category it can be eligible for. I am not here to belittle anyone or any awards or even the quest for perfection. I’ll only explain why the Oscars are a different beast, of course the title of the post and concede there are a lot many glaring errors in these initial blog posts of mine that shall not be corrected.

‘Slum Dog Millionaire’ is a British film shot with an Indian cast and with mostly British technicians and was shot in the English language. But that isn’t the reason for it being eligible under all categories, the mere fact of a movie of any language, being released widely  in a particular region in the U.S, is the eligibility criterion. Julia Roberts had conveyed several roles worthy of an Oscar even before ‘Erin Brokovich’, not that it was one of her lesser role; but this fact known even by me might have been what prompted her peers to give her the award. They even had an African American themed Oscar year. Like Julia, of course Denzel Washington is worthy of even more Oscars. I heard that the one who    got the lifetime award that year was even more fiery on the screen than Denzel. The timing of an accolade doesn’t limit its merits. A great Scottish piper might be unknown to us as ‘Isai Gnani’ Ilayaraja’ might be not that much known to the larger world. The piper might be no less than our Raja. 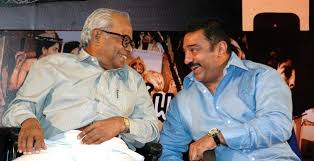 I once knew a person who was working as an assistant to K.Balachandar and he said that if someone came to the Doyen and suggested that the continuity was missing, he would guffaw them away. This would mean the props might have been shuffled around during the same scene, which is an error. But the creative genius of K.B is such that you will never notice the props or notice it only when he wants you to. If this is hearsay, the next is total rumour. K.B’s student Kamal is known for his attention to details. I heard that during one take of ‘Marudhanayagam’, he threw prop spears at a wall and when they broke, he ordered them to be replaced with battle worthy spears. Perfection impedes improvement they say but only striving for it shall make any creation worthy.

In my blogs there are several grammatical errors, some I know, some oversight. For instance, in one post I wrote ‘In short, determining the truly guilty isn’t as easy as the society seems to do’; obviously ‘seems to think’ is correct grammar and this isn’t. But society didn’t think but condemned. A few more lines could have rectified this. A worthier person might have found the right word at the right time. Time for that sentence was up and I moved on. Quill pad forced errors are self evident in my tamil typing. There is a switch in point of view from third person to first person in both the About or Home page and the tamil short story. In fact the abundant quill pad errors helped disguise my tamil spelling errors especially in ‘na’s and some ‘ra’s I constantly make, ‘la’s I can manage. I don’t want to labour over this. Even more voracious tamil reading will one day make it a subconscious act of perfection.

This is no excuse. “Constraints make art beautiful” is the topic of a future blogpost. Constraint of time is the only saving grace for my work so far. My rhymes lack meter and don’t even rhyme most times, they aren’t free verse either. I don’t want a free verse but let meter and rhyme perfection guide my thoughts. But I won’t slave over any single rhyme, let them be spontaneous. By no means, can I fall at the feet of a doyen like Kanna Dasan and his spontaneity, using my english. He is the perfection I strive for and with time I can at least be a mole beneath that mountain hill. But that should evolve with time and practice and not slaving over these spontaneous posts. One day some level of such perfection should be spontaneous for me.