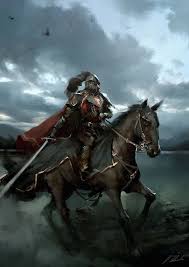 Surveyed from atop hill the lush green valley below,

reddening by the moment with blood of battle,

warring world, yet he at peace till now forced low,

not his war, yet to reach her must kill all in his way, human cattle;

she, he fixed in his mind as wife a while ago,

when he decided to marry disavowing bachelorhood,

jubilant at married prospect, not knew had to hunt for that food;

there was a manhunt for him as he chased his to be bride,

but he killed no man, only men, powerful ones,

to take her against her will, failed begging her family swallowing pride;

her guardian a powerful general seeking a prince for her,

she a kid not knowing right from wrong,

he unfit to marry any girl had no choice but to grab his wonder,

barely knew her yet can’t turn, fought in her name battles long;

this was his frank war in a cunning world, his first and last,

he a goat forced in to a lion by a world of hyenas and foxes,

this wonder girl wasn’t the midwife’s daughter, that dream past,

had claim to wonder girl from long dead ancestors,

that started his battles chasing her to reach this hill top,

no mountains scaled yet, no longer playing kid but playing fighter,

as warrior now, can battle back to unclaimed mid wife’s daughter;

yet didn’t sway as descended hill alone with a mad roar,

loved few but only to mid wife’s daughter proposed,

rejected till accepted, yet incomplete without kids to soar,

yet farewell due, bodies fell left and right in his charge as he love mused;

he had no direction to go but forward, however tough the path,

wonders chosen and made so by worthy beholder,

yet is it worth to go this far for a whim to cause this blood bath,

no love song to grab girl, he spurned and spurred by society got bolder;

I wish I were a girl,
as I look in the mirror,
a dress billowing as I twirl,
a secret wish of terror;

to be held firm by a man,
to submit fully to his will,
wear dress that invites a ban,
a kiss that forever hold still;

could be done in world today,
but what will society think,
or if feeling doesn’t last a day,
can’t remove the horrible stink;

neither trans nor bi sexual being,
older I get, I get an asexual feeling.

Should I be judged for what I create
or that I’ve wronged family and society,
by failing to procreate.

Common bond shared, Lord Shiva, I and few,
I wannabe adored, loved and belong like all do,
yet when saw undeserving tricksters get all,  society didn’t need me, me neither, stood tall;

Lord Shiva withdrew society, some reason,
the mountain, rivers and world froze around,
the world despaired, prayed divine feminine,
who worshipped, made relent the unbound;

I am no god and my absence didn’t matter,
no girl came, no boulder or water drop cooled,
I went deeper far beyond the senseless clutter,
wondrous joy nature, where nothing fooled;

found when a river shuns raindrop, river loses,
not rain drop, it is adored on a flower petal.

Oh! Mind, you devil, I savor you over the flesh,
wisdom and taste are my nectar, not wealth,
adventure, beauteous contemplation, gush,
yet society’s contempt, love’s scorn, creeps in stealth. 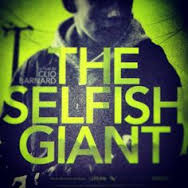 What weird puzzle to try,
a stone or a heart ran dry,
self possessed, deaf to others’ cry,
in a selfish world thoughts fly;

unheard is the heart’s stammer,
unseen the glow of the new moon,
giggling at the thoughtless murmur,
fun filled invisible shadow at noon; 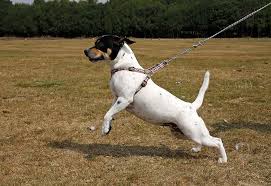 Purpose. Everyone has a purpose is a truth I conceded long ago. But what then is my purpose is something I will never know. Yet I’ve made an attempt to unearth the purpose of my life and shed a light on everyone else’s.  All my life I’ve wanted to make a movie. The goal has never wavered and is still on. But now it is the aspiration for a vocation, just like any other and primarily to make money. When I found Che through this blog, fermenting social change or being a part of it, became my primary aspiration. Movie is a way and is still on. I am as much a human being as the rest of us and a lesser kind of the species in fact and want what all of us want, freedom and happiness. I know it can’t be unbridled, and our job and family and other aspirations’ commitments shape our lives, as much as freedom to do what we really want.

All of my friends are earning, married and have children. I haven’t ever had a real job, if you don’t count the two half yearly stints. I am a dependent on my parents, but never lack for money and am well supplied. I am said to have Bipolar Disorder, some sort of psychiatric disorder. I am single and am happy about it so far, and am thinking of it for the long haul.

Every one feels chained. Everyone overcomes this and transform their chains into walls and live within its boundaries, a happy family or professional life. I am happy as I am is a partly true claim. If well funded and free, anyone can be, is my humble opinion. I haven’t deserved, it might be true, but since when did people have to deserve their happiness. If so I haven’t heard of it. If you can be happy without harming another’s interest grab it with both your hands, I say.

I feel like a dog on a leash and my claim has some substance. The leash has two parts. One is money which is vital. The next is gratitude and affection and what would come to my family if I walk out. All my friends and other peers are taking charge in some form or the other. They take their decisions or at least claim so while their wives are away. I am being set for marriage. For me marriage is trading one leash for another. I pant for freedom. I want to take at least a few laps of unbridled freedom before I heed society. Taking time out or late life commitment is a common thing in most countries but not in India. If it is a choice between freedom and family life, I would choose freedom, as I haven’t taken it in fully yet.

I am not an abstract person talking of abstract freedom either. My freedom has concrete shape. I want to travel alone, to ponder the Taj, and take a dip in the Ganges. Does that mean, later I would fall in line. No I would be headquartered in Chennai and trying to make documentaries or something. So is it for the Taj or the documentary, is it my freedom? No it is my lifestyle I am fighting  for. More importantly the freedom to choose my lifestyle. It has  to be my choice and not enforced. Lifestyle is Life. The argument against my independence is BPD. What good is a secured life lived within the walls. When I am prepared to die for my freedom, will you stop me on account of a cold. I will end this post with two quotes that guide me in this regard.

People hang from the Eiffel,
some tumble from the Everest,
these brave souls baffle,
even morons of least interest;

they tread the trodden,
risky yet with guides and ropes,
crazy paths yet beaten,
they belong to sane corps;

some dare paths less tread,
like Frost, Keats, that others dread,
yet truly crazy bare their chests out,
and pray for a bullet’s shout;

like true adventure worth the bullet is Che’s slack,
a path not white, not grey but brave black.

(All poems in the school day’s rhymes were written between the age of 13 and 16 and were meant to be a secret, a secret which later came to light. The following was written at 13 and isn’t exactly a poem, but the guilty confusions of the shy child about its nature and societal values as recorded by the child at that age. In fact poetry to the child was a code language it used to keep its secret safe from the prying eyes of others.)

The childish heart so tame,
the innocence, ignorance became;
a chink when grown to make lame
once bright enough to play life’s game;

broke all rules, none to blame,
then nothing was ever the same,
grew selfish, evil thoughts came,
conscience gone, never feel shame;

too much evil to frankly proclaim,
sinking in the flood like a dame,
even after death, sins too harsh to name,
not in fear of losing, if so, any fame;

the romantic ideas about crime,
to the flesh of my blood the flame,
the morals lost in the flooded stream,
alone, solitude, what pain and flame;

cunning and subconscious team,
to defeat nobility for sinister scheme,
to pull others my kind, kill them, affections gleam,
the motions of mind to actions beam;

till then no harm done, proper all seem,
but after that, its ethic couldn’t justify or redeem,
the irresistible evil sweetness of the cream,
when fed up grew bitter like neem;

cowardice,hypocrisy and villainy stem,
from need for love and devil’s whim,
and available true beauty near him,
bleeding heart is with sins to brim;

strange message, heart more sad, agony’s prime,
felt need to pacify likes of them,
resolved none shall be helpless,
will hedge myself to help them climb.